Learn More About What He Can Do For You
Dr. Felix is fascinated by the constant improvement in spine surgery and is involved at many levels with research and development of cutting-edge spinal procedures. He received his Doctorate of Medicine from the University of Utah and his orthopaedic training from the University of Southern California in Los Angeles. He then pursued his fellowship training in spine surgery from the New England Baptist Hospital in Boston, Massachusetts. Dr. Felix is passionate about humanitarian work and partners with surgeons in Peru to bring life-changing procedures to people who do not have access to specialized physicians. 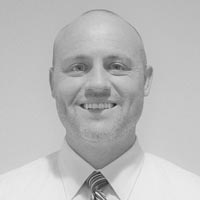 In-vitro Toxicity of Common Buffers and pII
*Presented at the Society for Biomaterial Research – May 1991
Scottsdale, AZ